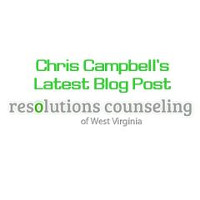 Texting, Sexting and the World of Teen Technology

Note: Free parent resource at the end of this blog post. ;)

Earlier this year I had the privilege of attending a workshop on the legal aspects of Teen Sexting led by Molly-Catherine K. Goodson, M.A., ESQ. Here are some interesting highlights:

Sexting is the act of sending and receiving sexually explicit messages and phones (nude or semi-nude) via cell phone or other electronic devices.

What are the consequences teen sexting?

Legal Consequences: Teenagers are minors. Therefore a nude or semi-nude picture of a minor (under the age of 18 years) is classified as CHILD PONROGRAPHY.[1]

There are Three Categories of Child Pornorgraphy Charges

Regardless of a minor’s intentions when sending, receiving or possessing   nude or semi-nude pictures, any of the above acts can result in criminal charges

CRIMINAL CONVICTIONS OF CHILD PORNAGRAPHY CHARGES MAY LEAD TO REGISTERING AS A SEX OFFENDER.

Each state treats sexting differently as it relates to minors.  It is currently up to the prosecuting attorney’s office in each state to determine whether or not to press charges and what those charges should be.

Some, but not all, states with sexting laws are allowing affirmative defense measures for teens who receive a picture from another teenager and immediately turn it in to the proper authorities.

Psychological Consequences: Teens who engage in sexting behaviors are likely to experience regret from violating their moral conscience, or at the very least—their primary conscience. This most often leads to depression, anxiety, loss of self-worth and loss of confidence or a combination of any of these.  [2]

Social Consequences: Teens who sext can experience a broad range of social fallout. Once a picture has been shared or leaked, it can often lead to bullying, harassment, and humiliation, which, can escalate psychological duress, and in extreme cases lead to self-harm and even suicide. In addition to this, depending on state laws, sending and/or receiving sexts can lead to arrest and legal prosecution. [3]

Percent of teens who have sent or posted nude or semi-nude photos or videos of themselves:

48% of teens say they have received such messages

Other Statistics:  (Take a deep breath and let these numbers sink in)

Approx 3 in 4 of teen girls and 2 in 3 teen boys who have sent or posted sexually suggestive content say they have sent/posted this content to a boyfriend/girlfriend.

1 in 5 teen girls and 1 inf 3 teen boys say they have sent such content to someone they wanted to date or hook up with.

15% of teens who have sent or posted nude/semi-nude images of themselves say they have done so to someone they only knew online.

44% of both teen girls and teen boys say it is common for sexually suggestive text messages to get shared with people other than the intended recipient.

36% of teen girls and 39% of teen boys say it is common for nude or semi-nude photos to get shared with people other than the intended recipient.

38% of teen girls and 39% of teen boys say they have had sexually suggestive text messages or emails —originally meant for someone else—shared with them.

25% of teen girls and 33% of teen boys say they have had nude or semi-nude images—originally meant for someone else—shared with them.

22% of teens say they are personally more forward and aggressive using sexually suggestive words and images than they are in “real life.”

38% of teens say exchanging sexually suggestive content makes dating or hooking up with others more likely.

29% of teens believe those exchanging sexually suggestive content are “expected” to date or hook up.

23% of teen girls and 24% of teen boys say they were pressured by friends to send or post sexual content.

66% of teen girls and 60% of teen boys say they did so to be “fun or flirtatious”— their most common reason for sending sexy content.

52% of teen girls did so as a “sexy present” for their boyfriend.

44% of both teen girls and teen boys say they sent sexually suggestive messages or images in response to such content they received.

40% of teen girls said they sent sexually suggestive messages or images as “a joke.”

15% of teens ages 12-17 with cell or smart phones say they have received sexually suggestive nude or nearly nude images of someone they know via text messaging on their cell phone.

1 in 5 teens have engaged in sexting – sending, receiving, or forwarding sexually suggestive nude or nearly nude photos through text message or email – and over a third know of a friend who has sent or received these kinds of messages. – Most sext senders say these messages are most commonly sent to boyfriends/girlfriends because it’s asked of them or to have fun.

1 in 10 sext senders say they have sent these messages to people they don’t even know.

About 2 in 5 teens say they tell their parents very little or nothing about what they do and where they go online. [5]

A new nationally representative survey of American teenagers age 13-17 finds that teens have shifted their favored social media platforms and are now most likely to use Instagram and Snapchat. The study by The Associated Press-NORC Center for Public Affairs Research also found that while almost all teens – 91 percent – use the regular text messaging tool on their mobile phones, 40 percent of teens also use messaging applications like Kik, WhatsApp, or Line on a smartphone.

So what is a parent to do?